Movement. It’s now been four weeks since I had knee surgery, and my leg is gradually regaining its strength, shape and range of motion, losing the puffiness and tightness around the scars and feeling less achy. I’m doing daily exercises at home and on a reformer at the physio’s studio, focussing on controlled movements of glutes, hips and core, pumping nutrients and oxygen to the weak ligaments and muscles and listening to my body’s feedback. If I wanted to be a barre teacher before the injury, I want it even more now. I’m learning so much about mind and body connections – I want to keep learning and practicing. This week, my physio allows me to walk as much as I want, provided I still respect any signs of fatigue, watch my gait and make sure not to bump into stuff on my way. It’s such a small thing, but it feels so wonderfully liberating to be walking to and from work again. Sensing the hot air, noticing the shifting light in the morning and evening, taking in the impressions in the streets, people, murals, shops, the characteristics of hip Tiong Bahru, the construction site no man’s land of Outram Road, colourful Chinatown and the sleek CBD. I listen to a bunch of new DID on those walks. No matter the guest, the podcast is always unfailingly entertaining and enriching. Stella McCartney, John McEnroe, René Redzepi… these creative, ambitious, driven people, who’ve all understood how to nurture their talent in relatively healthy ways. Marian Keyes, whose name only rings a bell because of a fond memory of her chick-lit bestseller, Sushi for Beginners, one of the first untranslated English novels I read, as a 13-year-old, is surprisingly entertaining, her deep love of words and storytelling luring me in from the onset of the interview. The Irish writer expresses wonder that her books are so well-received in multiple translations. Every translation is a gamble, she points out, and she has no idea how they can convey the particular Irish tone of voice, humour and observation style that pervade her writing, and figures that the popularity probably comes down to the universality of the stories. Every single phrase of a translation involves multiple stylistic and semantical choices. Maybe, I think, new wonderful tones of voices, kinds of humour and observation styles are just very successfully created in those target languages. One of her chosen tracks is Petulia Clark’s Downtown, which is so appropriate for my walks – and which reminds me of my mum, who always sings it with so much enthusiasm and joy in her voice when we are in New York City. Haha, it’s such a good tune – gives me a spring in my step.

Cirque du Soleil. S picks me up from work on Friday, and we head down to a new outdoor wine bar in Telok Ayer Street for a drink right in the intersection of cute and ornamental Peranakan shophouses and shiny modern skyscrapers. Next, we pick up rainbow bowls from A Poke Theory and head down to the Marina Bay to eat while watching the peach-dyed sunset over the skyline of the city. And then it’s circus time! None of us have been to the circus since we were small kids (circus Dannebrog in Jutland and a circus arranged by the police in Jersey City, respectively) – we’re super excited and (at least one of us) filled with nostalgia when stepping into the cluster of big blue and yellow top tents next to Marina Bay Sands. The smell of popcorn and cotton candy; seeking out our seats above the arena; the awe-inspiring excitement and tension with which we watch the acrobats perform their astonishing acts. Seen by over 7 million people around the world, this performance, Kooza, which means ‘box’ in Sanskrit, is a whirlwind of eccentric characters, thrilling stunts and colourful out-of-the-box surprises – to an upbeat live soundtrack of jazz, funk and Bollywood tunes. My favourite bit is when a guy and a girl cycle around on a unicycle, the guy pedalling back and forth in tune with the dreamy music while swinging the girl around his torso, her limps forming a perfect, graceful circle. My physiotherapist is backstage to massage the acrobats before and after the show, and later she tells me how funny it is to realise that the contortionists, who you almost expect to be made of rubber, actually have all the muscles and ligaments of a normal body. I almost have to close my eyes when the three small girls get completely entangled in each other and start twirling like boiled spaghetti around a fork. To think what the human body is capable of! She says that the tightrope guys – a group of hilarious Columbian and Spanish brothers – told her that the rope is way too loose in Singapore because of the humidity, forcing them to cut out a lot of their act. I’m so happy that I’m blissfully unaware of that when watching them running and cycling back and forth, jumping across each other and balancing weight poles and each other on the ropes high above ground while I’m biting my cuticles in terror. I’m so glad I went – and that I can now have a glass of red wine with the show.

Tiong Bahru Morning. On Saturday morning, a friend and I go for a walk with a cup of coffee from Tiong Bahru Bakery and sit down on a bench in our neighbourhood when we’re too hot to keep on moving. Next to us is an elderly Chinese couple, the husband standing in front of his wife, who is sitting down, massaging her shoulders and scalp with great care. After a while, he sits down next to her and starts working on her thin, fragile-looking arms and hands, slowly stretching them out and moving them in different directions with small touches and claps. Such a sweet and mesmerising sight out of the corner of our eyes as we chat and sip our coffee.

Free the Robot. S and I go for lunch at my new favourite cafe, which I don’t quite understand why I’ve never been to before – it’s right across from my office. I love the decor, the greenery above the bar, the skylight brightening up the small, cosy room, the fun and relaxed vibe. I have a delicious salmon and salad bowl and S a croissant with scrambled eggs while we flip through a pile of indie magazines. Ah… Saturday! 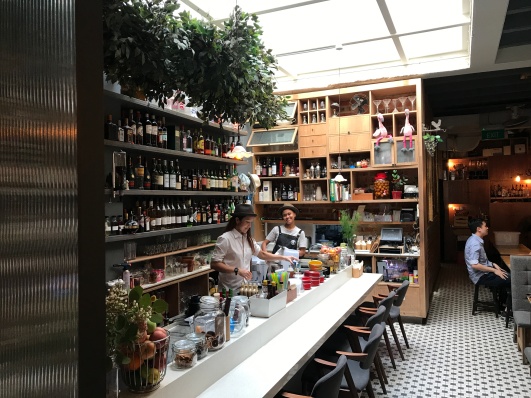 Open Farm Community. Our afternoon at the farm: 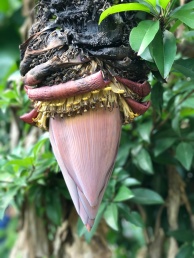 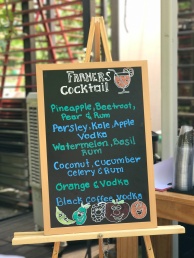 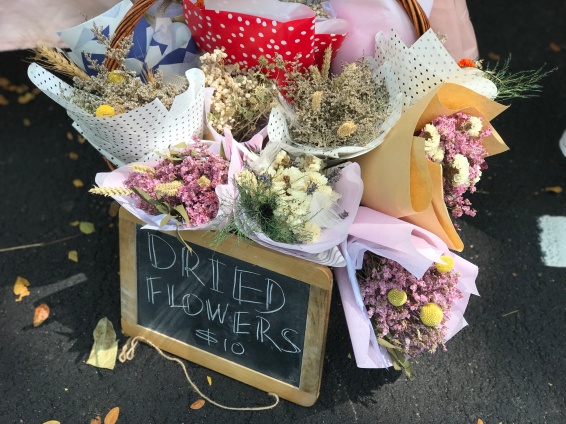 Reflexology. After drinking rosé and mint tea and munching on vegan matcha cake among the banana trees all afternoon, we head over to Holland Village for a thorough foot massage at a small and quite hidden and dodgy-appearing but impeccable foot massage place. We sit next to each other in deep, soft armchairs and watch a couple of thin but super strong men rub our feet for an hour. Saturday night very well spent.

Tanjong Beach. As soon as we’re there – at 8am with our yoga mats and a tupperware box of freshly made banana pancakes and cut pineapple – it’s hard to remember why we don’t do this more often. We live on a tropical island – it has a soft and clean white beach leading down to a sparkling warm ocean. We do our exercises in silence, and then I jump in the water and swim back and forth while S is meditating among the palm trees. After our breakfast, which we wash down with coconut water and Allpress coffee from the beach club, we stay and hang out for hours, reading, napping, listening to the upbeat music from the club’s speakers right next to us, watching as the sand and waves slowly fill up with happy stand up paddle boarders, more or less serious swimmers, families with small kids, dogs fetching balls… after a quiet start to the day, it’s a pleasure to soak in the joyful activity, and Sentosa is not a beach destination as such so it never gets too crowded with tourists.

Dosa. That evening is the first time I experience Little India on a Sunday evening. The streets are full of Indian guys hanging out, chatting to their friends, making phone calls, doing their shopping. It’s their day off and they’re making the most of it. We pop into Saravana, right across from Mustafa Centre, a legendary dosa place, apparently. S sends me this awe-inspiring article on the joint: Dosa to Die for. We order these gigantic paper-thin roasted bread rolls made from rice and lentils, with a ball of potato and onion masala inside and four chutneys on the side, masala, tomato, mint and coconut. So yum.

Jazz and Wine. After the meal, we meander down the road to the hipster joint, Choice Cuts. Organic wine tasting and live jazz concert in the small record, coffee and bike shop. A very cosy and fun end to the week 🙂

Wisdom and Advice on the Creative Life from Beloved Female Artists, Makers and Entrepreneurs.

An Active Participant in Creating an Attractive World.

A New Way to Teach Languages.