Date night with a new Dane in town. On Tuesday night, I meet a girl for drinks at vibrant Mediterranean Merci Marcel and dinner at intimate yakitori joint Bincho (despite the whooping $20 we pay for two thin slices of Japanese strawberry for dessert, I LOVE that place; the backdrop for my first date with S, who wrote something like, ‘oh, you live in Tiong Bahru – how about, then, meeting at my favourite bar in the area, which is sort of hidden between a traditional noodle shop and a carpark, and kind of looks like a German bunker?’ (and, he might have added, is so tiny that you have to sit next to your date, which, combined with the fact that there’s no music and rarely a lot of people, creates a genius test of the chemistry between two individuals who meet for the first time). My friend and I first met just the other week, when watching a Danish female tennis player win the Australian Open finals, or, actually, we have met once before, at a Danish networking event in London around 6 years ago, haha. She does freelance marketing all over the world, and is currently working for a Singapore agency for 3 months. Super sweet, cool, straightforward, natural, funny…. lovely girl. Very fun night – followed by another one, on Wednesday:

Barre Yoga Bar. One of my favourite concepts, haha. 30 minutes of barre, followed by 30 minutes of yin yoga, followed by cocktails with all of the lovely barre girls – familiar faces as well as new sweet ones – at Vasco, downstairs from the barre studio. Travelling a lot and missing dear people who are far away geographically, it’s comforting as well as stimulating to engage with people who are here – either for 1:1s like the one on Monday or community events like this one.

Four continents in as many weeks. S and I were in Australia together two weeks ago. I spent last week in Malaysia. He’s in Manila this week, and on Saturday, he’s off to a conference in Miami. Next week, we meet in Munich for a holiday in Italy. We’re happy in Singapore; and always excited about next trips. How co-dependent are those feelings? We want to be and for the most part are aware of enjoying the moment, being in the present, noticing small and big positives about were we are now. Yet I can’t help but wonder how we’d feel, and where we’d want to be, if we had to be in one place for a longer, indefinite perhaps, period of time? Haha… is it even relevant to wonder about that? I’ll keep contemplating that…

Basketball. We’ve purchased a basketball. Quite the investment. Growing up, S used to play a lot of cricket, soccer, basketball, lacrosse…., but these days, he doesn’t really engage in team sports. Or any sports, for that matter. We’ve gone for a run together twice in as many years; he’s come swimming with me only a handful of times. We do dance, walk and attend yoga classes together quite often; his built is super athletic, as a result of his great yogic posture, I think, haha. One thing he has told me, though, is how much he enjoys playing basketball on business trips to Manila. Usually with the kids at his hotel, which has a basketball court in its gym (it’s the only city in which he stays at a hotel rather than uses Airbnb). Last weekend, we came across a sports gear shop and bought a ball. On Thursday and Friday after work, in the pretty golden hour before dusk, we walk over to the basketball court at the Tiong Bahru Community Centre, which is literally across from our house, and shoot some hoops. I find it surprisingly fun to play around with the ball, but the best aspect is seeing how happy he is with the ball – like a kid. He teaches me all of his tricks. So much fun!

Creative Mornings. It’s been a while since I last attended one of these events, and as usual, I am reminded how creative and exciting Singapore is, if you just open your eyes. Grabbing a cup of the sponsored coffee in front of the event hall at the beautiful Singapore Art Museum, I meet a sweet American girl in the line, who just moved here from London. We chat for a while, immediately sensing a chemistry between us (by the end of the morning, we exchange numbers, and in the following weeks, we meet up for numerous breakfasts, lunches, walks, drinks…), and then Aik Beng Chia enters the stage. Since 2008, when the first iPhone came out, AIK has been using his phone to shoot aunties and uncles in mundane everyday life situations and settings all over Singapore, primarily off the beaten tourist-track. His vivid, gritty images have garnered him a huge following and popularity (in 2015, he helmed the UK Guardian newspaper’s Travel Instagram account for a 3-day special feature on Singapore); through the lens and stories of this street photographer, life in Singapore is definitely not boring. My friend, who is also here, did an interview with him for her Singapore guidebook, which makes it even more exciting to be here (I proofread the book).

Unconventional date activity – could this be the new grabbing a drink? On Friday night, after grabbing a drink at 1880, S and I jump on a bus without knowing where it’s going. Passing Bugis and Orchard, it suddenly enters the highway and picks up speed while cruising north – up towards the zoo and MacRitchie. We end up at a hawker centre full of lights. Walk through it, staring at unfamiliar fruits and vegetables. Take an Uber home just before midnight. The perfect balance of excitement and security – we feel spontaneous and adventures, but we’re never further away than an Uber ride, and besides, this is Singapore; we end up at a fruit stall. It’s all good. We wonder whether this could be the new Netflix; or the new coffee meeting. A bus ride. It offers lots to notice, observe and discuss – or pleasant silence; nothing’s awkward when you’re surrounded by so many sensory impressions, inside as well as passing by the bus. Stories or your own story. Privacy; less privacy. Snippets of other people’s conversation; but you never see these people again. The excitement of guessing where your fellow bus riders are coming from and going. The ever-changing scenery. Perfect for a first or a 100th date. With anyone, really. What do you think?

Bits and Bobs. On Saturday, we sleep in; I go for a run; we meet some friends for brunch at Merci Marcel. I translate articles for the last issue of BLAD. We take care of some life admin. Dinner with friends in Bugis, followed by drinks at 1880, followed by goodbyes – S jumps on a night plane to Miami for a conference. On Sunday, go for another sunny morning run. Barre – where I win a Chinese New Year envelope with a gift certificate for Korean takeout. Lunch with a friend. Bicycle ride along the river. Friend over for tea and fruit and gossip in the sunshine on the balcony. Pick up a salad from PS to eat at home in front of my laptop. Translate articles until bedtime. That was that week. 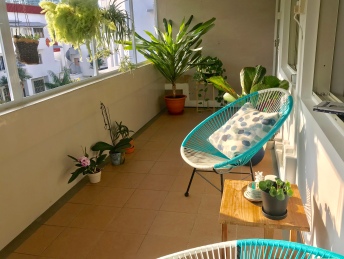 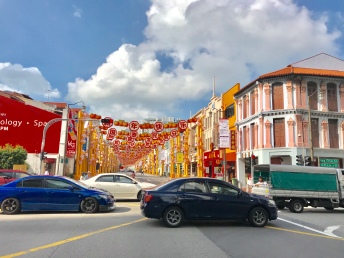 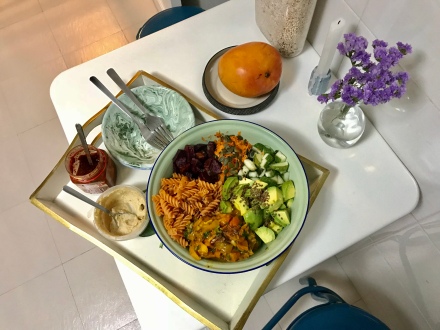 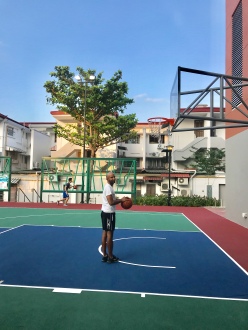 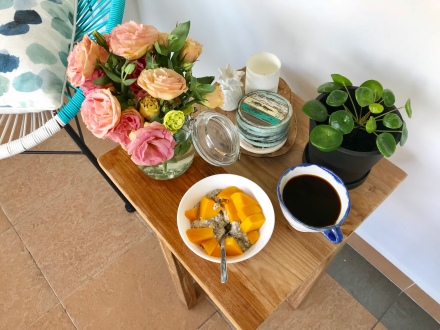 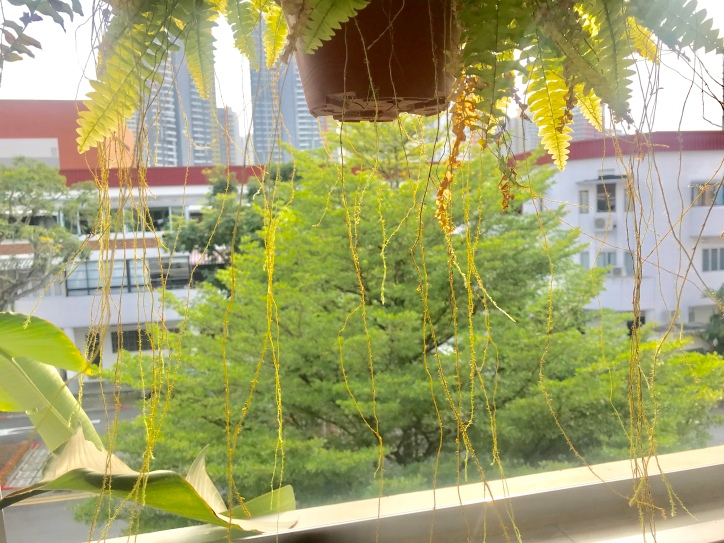 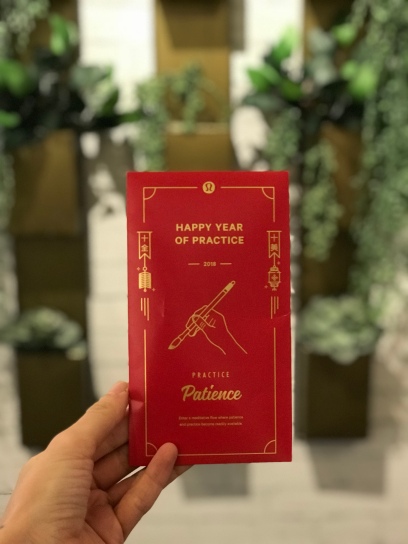