Long Live Jet Lagged Monday Mornings. We both wake up at 5am and feel fresh and ready to seize the day. After 30 minutes of meditation, whispered chat, yoga stretches… we quickly shower and get out to walk along the canal to Kings Cross. Being here with Sanoop, on the path of Regents Canal, which I’ve walked along so many times for the past seven years, connects everything. Breakfast at Granger and Co right by his office. Little was I aware, back when I lived in London, that all of my favourite breakfast creations and coffee brewing methods stem from Australia, haha. Well-fed and -caffeinated, I cycle to Soho Square where my office is. Great to be here again, working with my UK-based team, lunching with a close friend from another team at Wild Food Cafe in Covent Garden followed by coffee from Department of Coffee and Social Affairs in Soho, being super productive all day while butterflies are rummaging around my stomach. At 6pm, Sanoop picks me up, which in itself feels so novel and exciting, haha, and then I show him around my old office ‘hood, Soho, and we have dinner at the Carnaby Street branch of the London Indian classic, Dishoom, because… of course! Luckily, he loves all aspects of it – the various dishes we order, his salty lassi, the decor, the vibe, the service… Hours later, we take an eastward bus, sitting on the top deck like the euphoric tourists we are. Once we get home, we hang out with our hosts/friends for a bit and then crawl to bed talking about how amazing it is that we’re able to so effortlessly slip into a normal life here, living in a flat in Angel, working at offices in Central London, socialising. I know I use the word ‘grateful’ a lot, but I really, truly am.

Golden Hour Canal Tunes & Aperol. The following day, we’re able to sleep a bit longer and only leave the house at 7am. We walk along the canal, drizzly, slightly chilly, meeting local families of swans with their cygnets. 11 hours later, we’re back in the same spot, having met by the student-filled steps leading down to the river from St Martin’s after work, and walk back the same way along the canal, now in beautiful sunny weather, browsing through slightly mouldy books at the Bookshop on the Water, on whose deck a band is playing soulful songs in English, Spanish and…. Danish! It turns out that the lead singer is half-Danish and half-Turkish! After a brief, nice chat with her, we continue our walk to Clerkenwell and have an aperol sprits outside two different pubs by vibrant Exmouth Market before meeting friends for dinner at cosy, delicious Morito.

Expat Friends. On Wednesday, we’re fully acclimatised and wake up as late as 7:30am! No time for the usual canal walk; I cycle straight into Soho, browsing around briefly in the chilly morning air filling the narrow streets, mainly because I love the industrious feel of this area when goods are being delivered and people are rushing to all sorts of jobs. We have an 8:30am all-hands company meeting at the Curzon, which is then followed by a busy morning at the office, where everyone tries to make up for time lost in the blissful darkness of the cinema, and then I meet a couple of friends for lunch at Soho House’s laid-back (but still super stylish, of course) Cecconi’s pizza bar. Crisp dairy free pizza. One small negroni. Window seat. Sunshine. Lovely familiar conversation. In the evening, I meet up with two English friends I met in Singapore, who have both moved back home to London after a couple of years in the tropics. They were both somewhat down and confused when leaving Singapore – and are both glowing and thriving now; very nice to experience. First, I walk down through lively Covent Garden to meet one of them for after-work drinks on the South Bank – we buy a bottle of rosé in Sainsbury’s and drink it from costa cups by the river, haha… if it isn’t classy it’s definitely classic! A few hours later, I cycle to Islington to meet the other girl at her house – a cosy Islington flat. She’s cooked dinner and opened a bottle of Prosecco. When the bottle is empty, I take an uber down to 69 Colebrooke Row to meet Sanoop and his two best friends from Hong Kong, one of whom has moved here while the other is in town for job interviews. After a night cap consisting of tap water, we walk home to sleep.

Dancing from Soho to Mayfair to Hyde Park to Notting Hill. Morning coffee at Shoreditch Grind. Productive day at the office, only interrupted by lunch with my team at Berwick St Market. Walking (dancing!) through Soho and my favourite little lush nooks and stately mews of Mayfair at 6pm, with Sanoop, who again picked me up from work. Continuing along Hyde Park’s sandy paths winding their way to Notting Hill, where we meet one of my oldest Danish London friends (we used to live together in Spitalfields) and her boyfriend for dinner at Electric Diner. Fun night! Ride the tube back to Chancery Lane. Walk home from there. Such a London-London day! 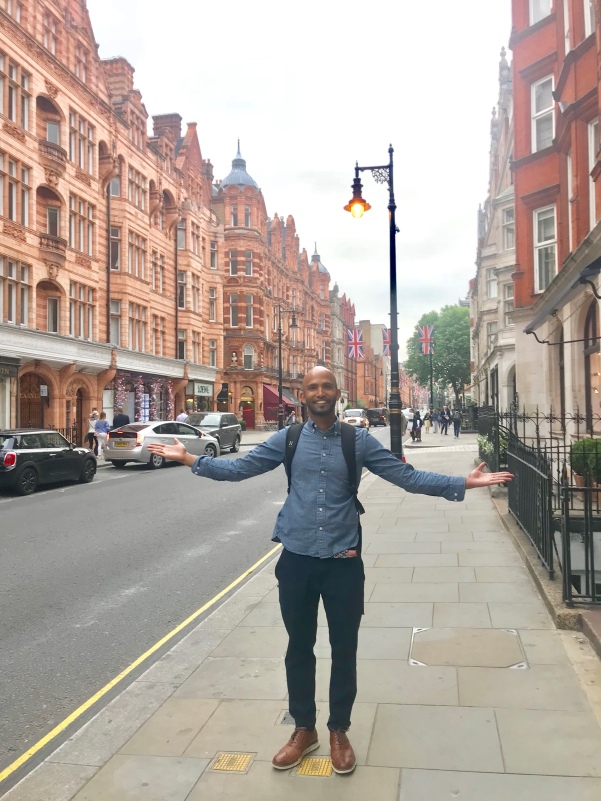 From East London to Copenhagen’s Meatpacking. Morning coffee at Ozone as soon as they open. Work from there, and subsequently from London Grind to be able to quickly go to airport from London Bridge in the late afternoon. Late evening in Copenhagen – wandering through vibrant Vesterbro for a warmly sunlit dinner and aperol spritz in the buzzing meatpacking district with our sweet friend, a Danish girl worked in Singapore last autumn, which is how we met her. When a slightly chilly darkness starts to fall upon us around 11pm, we slowly make our way back to her house on the border of Vesterbro and Frederiksberg – as we’re crashing there for the night.

Road trip day 1:9. Summer mornings in Copenhagen are for meeting cute newborn babies and sipping mimosas and munching on (vegan!) koldskål with their glowing parents, haha. After picking up some freshly baked bread from Lagkagehuset for our breakfast date and coffee from Rist to drink whilst walking to our breakfast date and checking out a cool street market in Værnedamsvej, we wander along the Lakes to our friends’ flat, which is overlooking the sweetest spot of the perfectly rectangular pieces of water, right by Dronning Louises Bro. This is also a couple we know from Singapore – in fact, I met and instantly fell in mutual love with them on my first Friday in town, two years ago. Now they’ve moved back to Copenhagen (they’re both Danish), and they had a son a few months ago. So nice to see them in their new setting and, not least, new roles as parents. Around noon, we head to the airport to rent a car and drive up north to a cosy cabin in Tisvildeleje, which we’ve rented for the weekend. Wandering around in the lush greenery. Swimming in and gazing across the calm sea. Summery vistas, chirping birds and the sweet fragrance of blooming elderflower. Checking out the cosy town and buying provisions for a casual dinner on our wooden deck at home. Warm, lazy hours… ahhh. ☀️

Road Trip Day 2:9. Morning in Tisvildeleje: 🧘🏾‍♂️🏊🏼‍♀️🍓☕️🗞🌳. Driving through the lush summer land to check out the cultural and natural wonders at Louisiana, and from there along the expensive villas lining Strandvejen to Hamlet’s hometown, Helsingør, with a pitstop at the street food market and wide, white beach in idyllic Hornbæk before looping back to Tisvilde for a lovely outdoor dinner with dear family friends. 💚 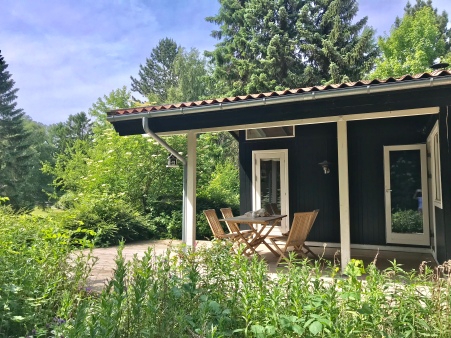 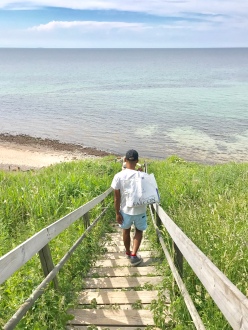 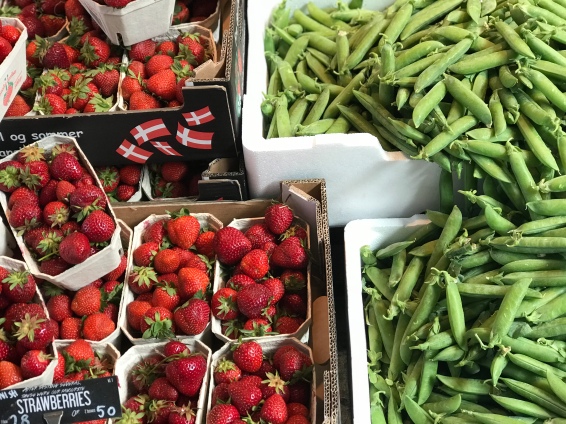